Science is about being intellectually honest, first and foremost. Unfortunately, when money and glory are at stake, intellectual honesty can take the backseat. If not in the science itself, in the way it is communicated. 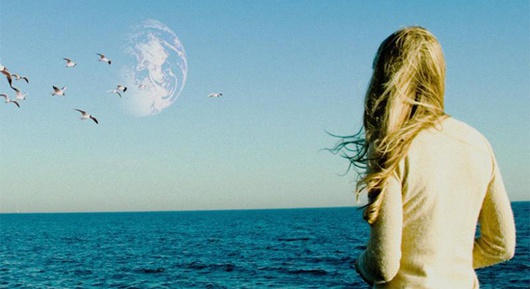 By now everyone has heard of the announcement of Kepler-452b. It is a nice discovery, because it marks the first possibly rocky exoplanet around a star similar to our Sun orbiting within what is formally defined the habitable zone of its system. However it is nothing incredibly exciting or surprising. We have no idea of the actual planet composition – we don’t even known if it is indeed a rocky planet, because we have no mass measurement. Even if we knew for a fact it is rocky (the odds, according to our models, are about 50%), we have no idea of what the geology of such a planet would look like, nor its atmosphere.

In fact, we have not a single piece of data telling us such a body is even remotely Earth-like. We know a planet much, much more similar to Earth in size and composition, also orbiting a much more Sun-like star: Venus, around our Sun itself. It is basically hell: blanketed by sulfuric acid clouds, with a surface temperature of around 460 degrees Celsius and an atmosphere of carbon dioxide, pushing with a pressure 92 times higher than on Earth. Yet, from the limited point of view of how it would appear on Kepler data, it would look much more Earth-like than Kepler-452b.

Problem is, saying “we found a nice candidate object for future observation, to investigate the possibility the planet is somehow Earth-like” does not sound as awesome as “we found an Earth twin”. Which is what newspapers are blathering about today. But for once it is not their fault: NASA itself presented the discovery with these words:

Today, and thousands of discoveries later, astronomers are on the cusp of finding something people have dreamed about for thousands of years — another Earth.

Of course then the press releases etc. are careful in not stating explicitly that it is an Earth twin. But they put the buzzword in your ear, knowing full well the media impact that will result.

This is the kind of problematic science communication that in this post I dubbed as “popular science 2.0” or “I-Fucking-Love-Science”: a social media-drunk communication that aims at generating buzzwords and virality instead of communicating contents, preferring superficial coolness to thoughtful appreciation of science.

This is not only hollow, but ultimately dangerous: it leads to an evaluation of science based on popularity, not on quality or meaning, with grim consequences easy to forecast. Unfortunately it seems this is seeping in the world of research metrics, with experiments such as Altmetrics, which aim to judge science by their impact on social media. Count me as cold at best. That is also probably why NASA wastes everyone’s time with building hype around such discoveries: they know full well this kind of media impact is needed to convince Congress to keep trickling money to them.

A second lesson however is on the danger of science journalism based on press releases instead than on vetting the research itself -that is, the original technical scientific papers describing a result. It might sound surprising but many science journalists actually think that they can write about the science without even having a look at the actual paper. To their peril, however. If the journalists who today prattle about “Earth 2.0” actually took 10 minutes to skim the paper, they would have found this paragraph:

We note that it is unlikely that Kepler-452b has an Earth-like composition: we computed the density of Earth-like composition planets for the SpecMatch realizations according to Fortney et al. (2007, i.e., a rock-iron mixing ratio of 2/3 in Eq. 8 therein) and found that only 16% and 22% of the Weiss & Marcy (2014) and of the Wolfgang et al. (2015) realizations, respectively, were at least as dense as that predicted for Earth-composition planets.

So, we are actually pretty sure that from a geological point of view, this planet is utterly unlike Earth. Given that planetary chemistry obviously drives geology (along with planet size, which we already know to be significantly different from Earth) I’d say that Kepler-452b is as much a twin of Earth as a salmon is a twin of mine. Yes, we both are vertebrate animals, but that is much it.

Which is good, mind you: it remarks how immense is the diversity and marvel of worlds out there. Only it is not as good as “Earth twin” for social media clickbaits.